This morning I was very fortunate to be invited into a private brownfield site not too far from work for a poke around.  There were a couple of objectives but we set about recording as much of everything as we could in the short amount of time available. 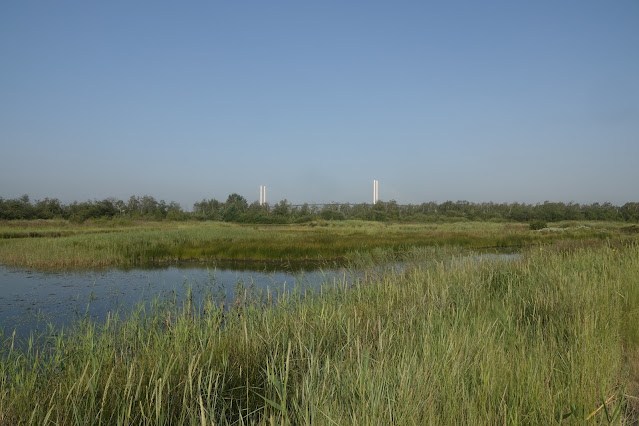 There was some fervent botanising with some key plants such as Oak-leaved Goosefoot and Dittander easily picked up on the old fly ash lagoons along with two species of Melilot, three of Ragwort, Hemp Agrimony, Sea Buckthorn, towering Great Mullein, vibrant Broad-leaved Pea and the more subtle Narrow-leaved Pea. 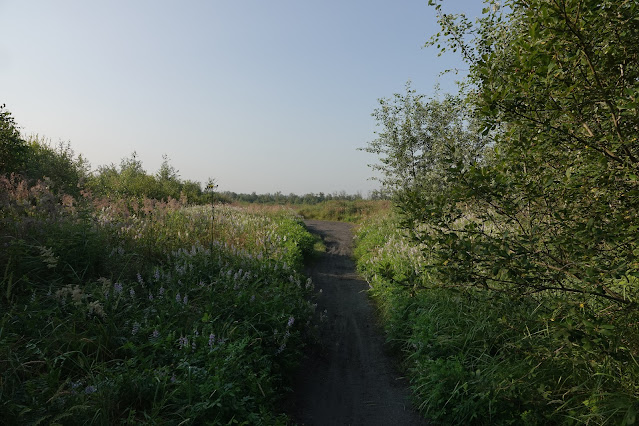 But the prize were the Marsh Helleborines and we found a small patch of Birch woodland that had several large conglomerations of this delightful Orchid in shades of pink, white, lilac and burgundy.  None were especially tall and many had had their flowers spikes removed by Rabbits. 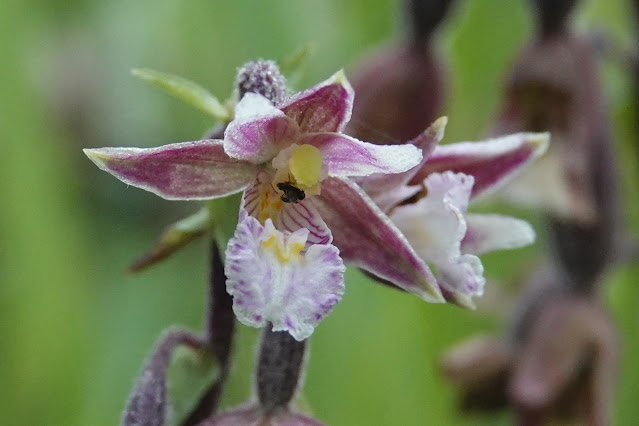 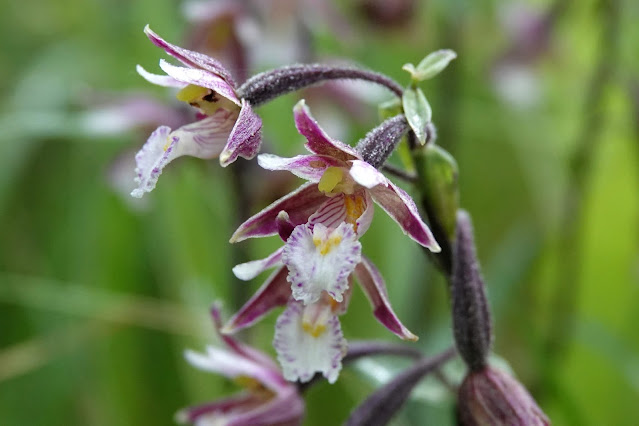 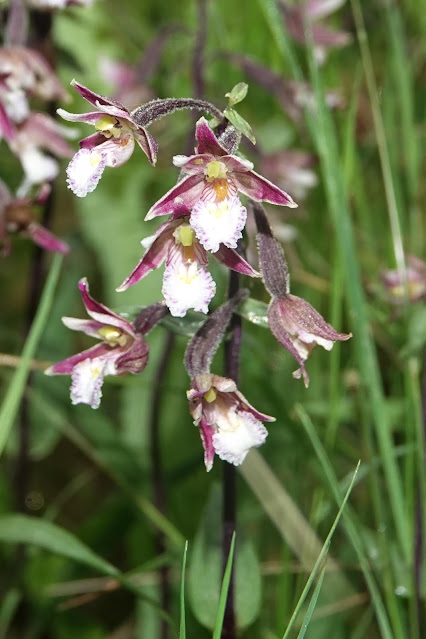 The Mosquitoes and Clegs were particularly voracious and we soon escaped back out into the open.  There were a couple of Common Spotted Orchids in their too although one was almost pure white and spotless.

There were several delightful tall grasses, sedges and rushes including a rich purple haze one and I am sure that Enid will enlighten me further in due course. 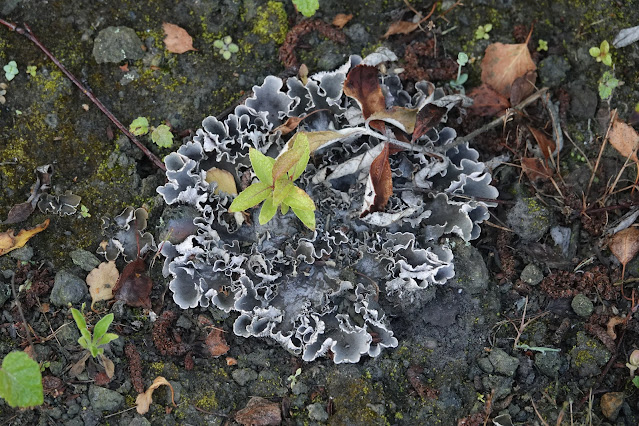 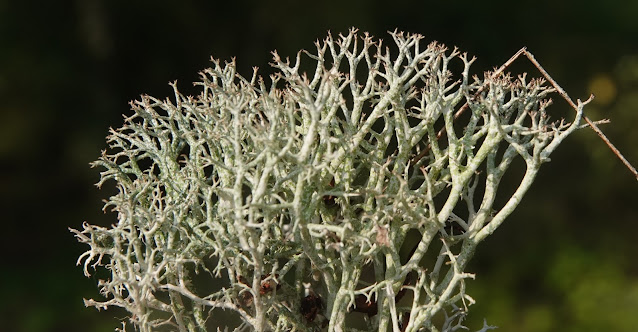 Blue-eyed Hawkers and Emperors were seen and Black-tailed Skimmers and Darters dashed around the lagoon edges where Coots, Moorhens, Little Grebes and Mallards were seen. 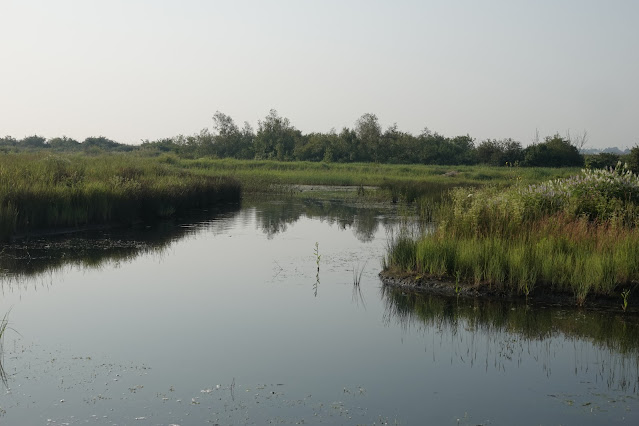 I picked up a fair Hoverfly selection with Volcella zonaria and Tropidia scita the pick and the usual Butterfly and Bumblebees species were noted.  I suspect that there will be Shrill Carder Bee here too but I was happy with several Megachile centuncularis and pollen laden Dasypoda hirtipes both of which had a penchant for the soft heads of Perennial Sow Thistle.

Moths were represented by Shaded Broad Bar, Silver-Y and Garden Grass-veneer and a single Wasp Spider was found along with many Labyrinth.

However it was the ultra rare Distinguished Jumping Spider that we also wanted to find but my time ran out and I had to leave before the others managed to find this fabulous beast.

Hopefully they will invite me back in for another look.

Back at RSPB Rainham Marshes the heat was building once again but the shade under the building was actually cool today and I muddled through although once again it was very quiet visitor wise.

Eight southbound Black-tailed Godwits, two Buzzards and single Grey and Yellow Wagtails were my ornithological highlights but as usual of late I managed some inverts with several Wasp Spiders in the car park verge and the very smart but tiny Mangora acalypha who was in the process of spinning her web.


I was off to see Sam Shippey’s wife Diana after work with the Memory Book that I made for the family so it was only fitting that this roaring Spitfire hurtled over the Centre in the late afternoon...