Today the sun actually shone and at times there was even some heat to be appreciated.  As such reception duty today brought with it some insect opportunities and by the close of play we had seen the14 species of Butterfly - Red Admiral, Small Tortoiseshell, Comma, Small White, Green veined White, Large White, Ringlet, Meadow Brown, Holly Blue, Small Skipper, Essex Skipper, Large Skipper and Small Copper.  Not bad at all and two more were added by visitors with the first Marbled White and Gatekeeper of the season out on the trails.

The flowering Privet with its intoxicating scent was alive with Honey Bees and quite a few Bumbles and we checked for Hoverflies and discovered several imposing Volucella zonaria holding court and engaging in territorial disputes.

There were other species to be seen including numerous Episyrphus balteatus and several Eupeodes and Syrphus which are far more tricky although one of my Syrphus shots seems to show hairy eyes making it S.torvus.

Tiny Green-eyed Flower Bees (Anthophora bimaculata) were the first of the year as they zoomed at hyper speed around the Knapweed heads whining like demented Mosquitoes as they went while boisterous Wool Carder Bees (Anthidium manicatum) attended the Honeysuckle.

There were Leafcutter Bees on the Knapweeds too and I am sure that this small species is Megachile centuncularis.  We even watched one entering a screw hole in the bird table and then reversing back in to lay an egg. 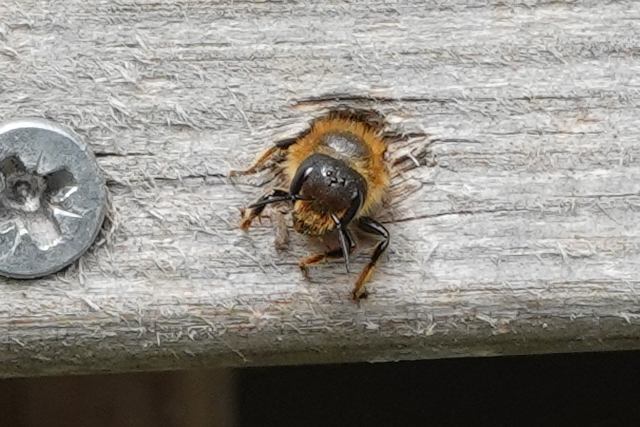 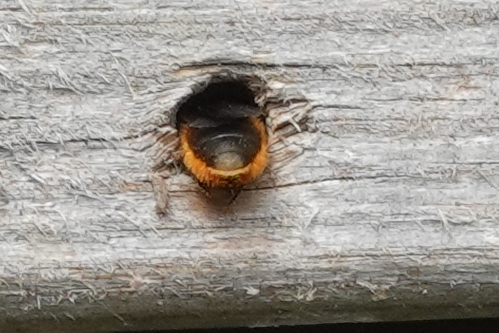 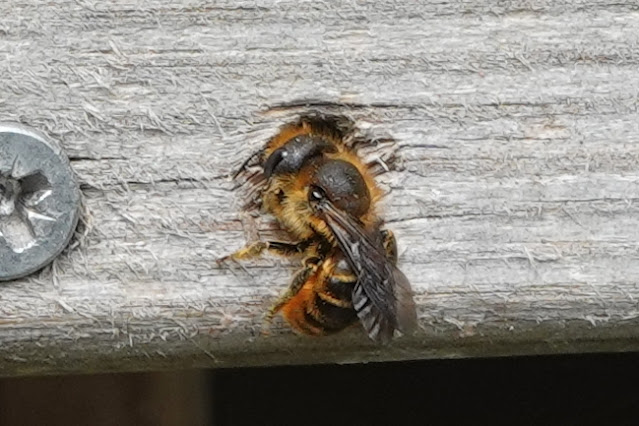 A Blue-eyed Hawker spent some time circling the area out front and somehow I managed a shot that shows the plain sides to the abdomen and hopefully this will be the first of many this summer.

Two Pyramidal Orchids are still flowering nicely and one of the Bee Orchids still had a smart flower at the top and being self pollinated, the others blooms already had seed pods forming.

The Yarrow had Red Soldier Beetles (currently still all single and not enagaged in their other nom de plume...) and green Oedemera nobilis munching pollen on their pinky white flowerheads and there were Dark and Roesel’s Bush Crickets in the uncut grass.  Beautiful but invasively destructive Rosemary Beetles were seen on their other favoured plant - the Lavender.

It almost felt like a summer’s day and a lounging Lizard about summed things up as she basked on a fence rail. 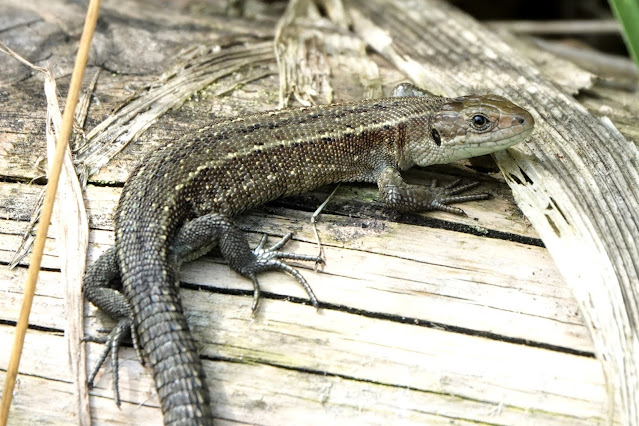 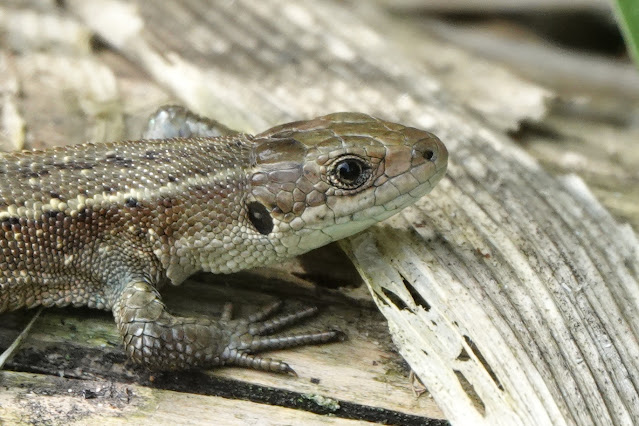 And all of this wealth of wildlife not 20 metres from our little desk out front.