I drove over to the Essex side of the Thames this morning to try and walk some of the footpaths of Orsett and Bulphan Fen but as usual I was thwarted by the fact that many of the paths, although signposted are completely, sometimes deliberately, impassable without either wanton habitat or crop destruction on my part.  As such I spent the morning driving the lanes and pulling over in many for what pass for laybys (aka Fly Tip Spots) for a look and listen.  I found plenty of Skylarks and picked up Yellowhammer and Yellow Wagtail territories this way as well as two Cuckoos and both Whitethroat species.  The one place I could park and walk out towards the Mardyke near Dunnings Lane was interrupted by a tractor with long arms spraying something interesting all over the crops which I was alongside so I abandoned that amble too. Oh well.

I headed for home and stopped at Crabbles Bottom Orchard for a walk along my favourite woodland edge.  It was quite warm and most of the inverts were very flighty but I soon picked up some of the usual Hoverflies including lots of Episyrphus balteatus and a few Myathropa florea and Cheilosia variabilis and a several quite large Tachinids. Tiny red Nomadas were visiting the Goats Beard which also had what I think was a Terellia tussilaginis on board.


There were plenty of micro moths zipping around just for once I had my net and some pots with me and managed to catch a few to try to get pics of later on after they had chilled down a little.  I had a go at identifying them and did ok but then resorted to the Moth Might of Mr Wren and Mr Shenton and their cohorts. One of them was a microscopic Longhorn moth!


There were others that I recognised including Adela reaumurella, Pyrausta aurata, Lattice Heath and best of all the magical splendour that is Geoff… Alabonia geoffrella.  What a little beauty.


Speckled Wood, Small Copper, Common Blue, Red Admiral, Peacock, Brimstone and Orange Tip were noted and a big plump Misumena vatia (one of two seen) almost had a Common Blue if she had not already had her mouth full!

I also saw a female Brimstone land on the path so I crept closer only to see a Bluebottle land on it and start having a wash and brush up.  The butterfly did not even flinch.

The flowering Dogwood and Spindle were both attracting flying Beetles and the former had dozens of what I think were Cantharis nigra homing in on the blooms along with Cantharis rustica and a pair of Alosterna tabacicolor – Tobacco Coloured Longhorns.

The first Oedemera nobilis were also in attendance and I netted a very large flying Longhorn Beetle that I suspect is Stenocorus meridianus which is as variable as its English name suggests.

Horned Leafhoppers were also flying around which was confusing as they felt more moth-like and while trying to find where they landed I found both Dock and Box Bugs and two more Spiders with a Philodromus Crab species and a plump Heliophanus Jumper.


I cut back through the micro meadows where Gromwells, Speedwells and Ragged Robin were flowering and a single Dark-edged Beefly still hovered before reaching the old Apple trees. Although some of the tall vegetation has been left around the trunks, most of the lush meadow has been mercilessly mowed for no visible reason whatsoever.

It seems at the moment that almost every walk where I take some solace in the natural world around me ends up with me despairing at the blindness and ignorance of obsessively tidy Britons. 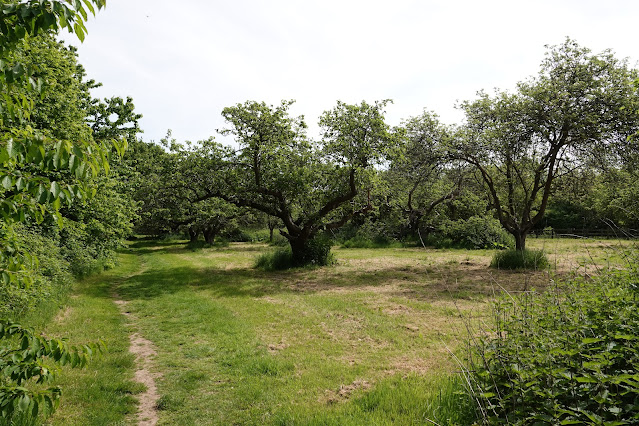 An evening pop down to Lower Halstow Brickfields was peaceful and a Cuckoo tail waving on the top of a Birch was actually the first I have seen in the UK this year but the Nightingales were silent. 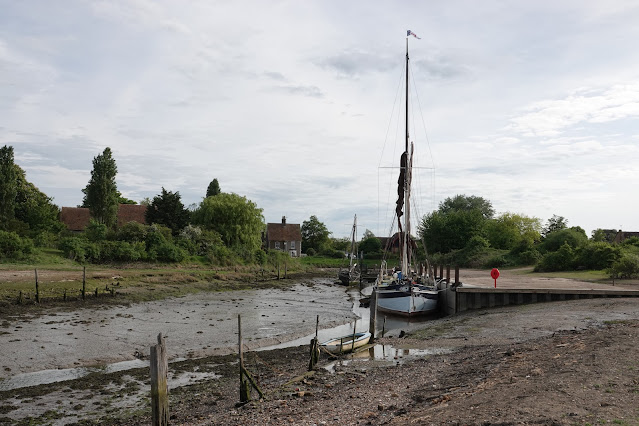 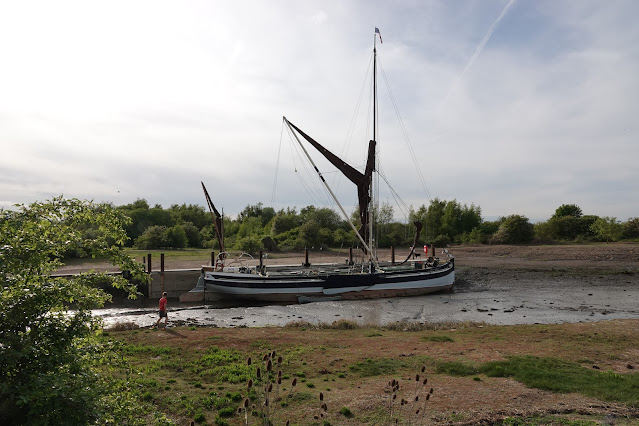 Swallows and House Martins were feeding low over the creek as the tide was out and the temperature was still high enough for quite a bit of insect activity and I was especially pleased to find two different Merodon equestris with a buff tailed black one and a fully buff one.  An immaculate Painted Lady came down to lick the seaweedy rocks on the foreshore and there seems to have been an influx across the region in recent days.

I headed back to the car with two Swifts circling the little church and a lazy spiralling Buzzard to send me on my way. 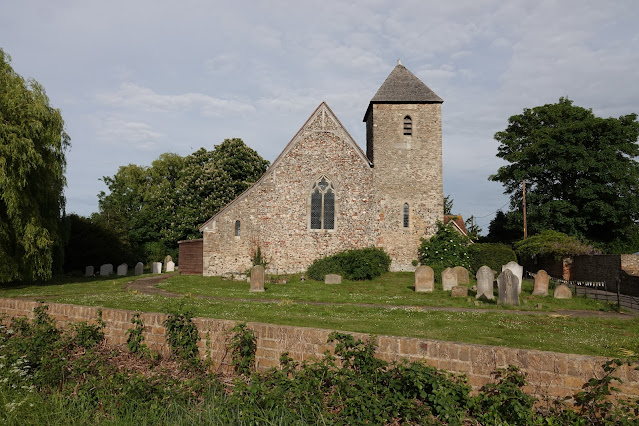