I dropped my car off for its MOT just before 8am on the old A13 near Rainham Steel which gave me about two hours to walk slowly up the Ingrebourne Valley to my start point for my Land of the Fanns guided walk at the Squadrons Approach car park.

It was grey and overcast but the earlier rain was at least holding off. I walked around Albion Lake but it was too cool for any Dragonflies. Great Crested Grebes had young and Tufted Ducks were getting frisky while the first of three Cuckoos was singing just to the south.


I looped up alongside Ingrebourne Hill and had forgotten just how expansive the reedbed is here at the bottom of the Valley. I could hear plenty of Reed and Cetti’s Warblers and a couple of Reed Buntings but it still looks perfect for Bittern, Marsh Harrier and even Savi’s Warbler.  I am not sure how well watched the southern end is by the local lads? 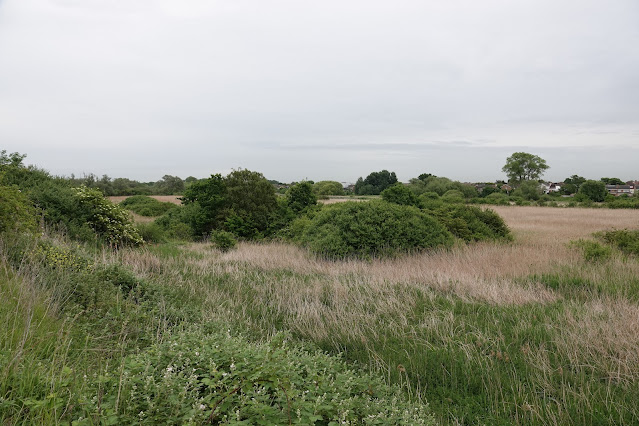 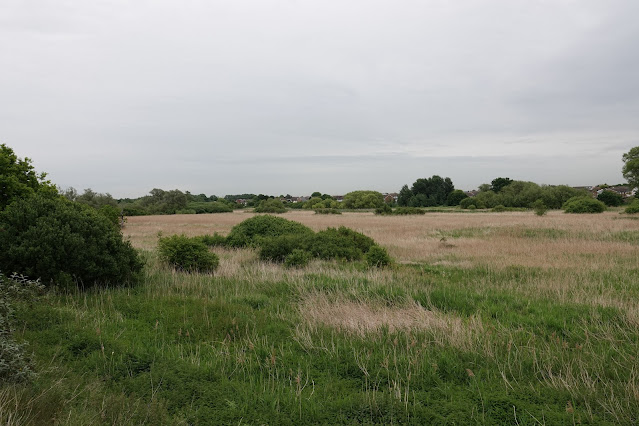 There were banks of Salsify in various shades of purple and lilac and although I found yellow Goatsbeard I did not see any funky hybrid blooms. Chiffchaffs, Blackcaps and Whitethroats were numerous and one of the latter was repeatedly adding a single perfect Bee-eater call into its little scratchy repertoire which was slightly worrying until I placed the ‘two’ birds together. 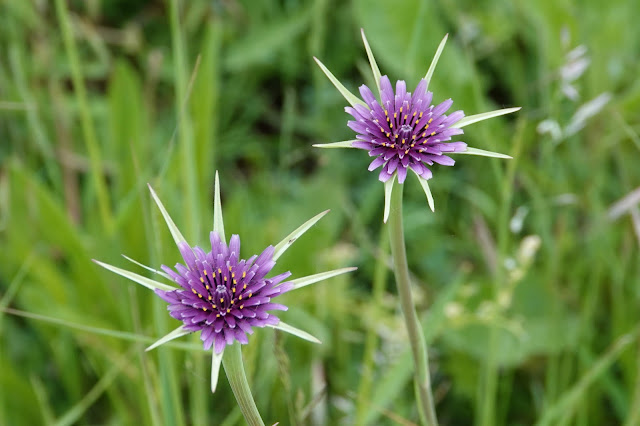 Stock Doves were ‘wooing’ from a dead snag in the marsh and the Dog Roses were putting on a good but currently insect free show. 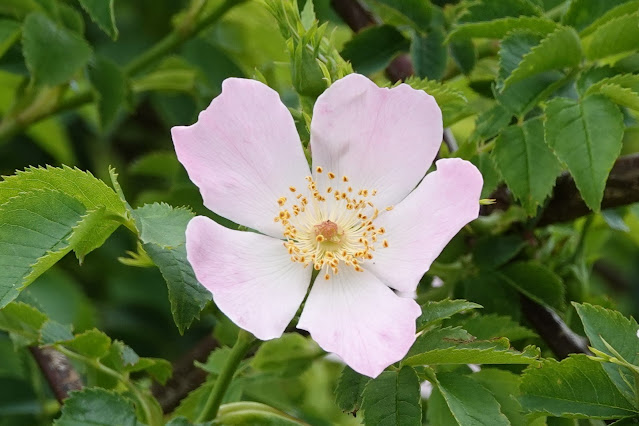 I took the bike path through the grassland where Skylarks were singing but disappointingly no Meadow Pipits but was pleased to then come across a little pocket of habitat with four singing Willow Warblers in it.  I honestly can’t remember the last time I had more than a single singer in a local context and most of those will have been transient males.

I reached Albyns Farm where there were Geese, Mallard and a Mute Swan brood along with a surface picking 1st-summer Black-headed Gull and a smart Great Crested Grebe.  There were some nice patches of Ragged Robin, Gypsywort and Water Mint around the margins and the Yellow Flag was flowering.


I bumped into Alan from the old Rainham Wednesday Walk crew before continuing on through a blizzard of Poplar fluff. 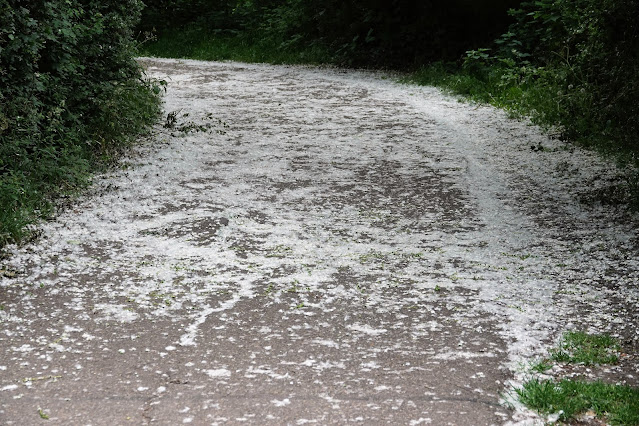 Once the party had assembled we set of for a slow loop back down to the Green Bridge before swinging back up through the grassland to the farmland and then through the oak wood and back along the river to the cars.  Despite the grey conditions it had actually warmed up and if you took the time to look there was a wealth of smaller wildlife to look for and between us we found a good selection of Hoverflies including Anasymyia lineata and a full on buzzing Merodon equestris who was pretending very successfully to be a Carder Bee.


The scrape from the viewpoint was already very low but there were Shelduck, Gadwall, Shoveler, two Mallard broods and a single Lapwing. There were just a couple of Butterflies but we did find Latticed Heath Moths along with a host of micros, some of which Bill Crooks has already put names to.

There were a couple of sexy Black and Red Leafhoppers and we saw many Scorpion Flies and a weird Snake-headed Fly which was only the second one I have ever seen.   Tiny Orb Weavers were starting to set up shop and grow towards their autumn splendour and Long-jawed Orbs were strung out horizontally on their webs between plants or just lurking in slimline manner under a leaf. Several Arianella – the Cucumber Spiders - were also found.

Cantharis rustica Soldier Beetles were everywhere along with Oedemera nobilis and Hairy Shield Bug. Phil pointed out the very cool Miris striatus on some Hawthorn.  This is one of the smartest of the Mirid bugs.  I also saw my first Pyrochroa serraticornis of the season – such a smart Beetle.


There were Seven and Twenty-four Spot and Harlequin Ladybirds with pupae and larvae seen too and Blue-tailed, Azure and Common Blue Damselflies were hunting the grassland and verges but the only bigger species we saw was a couple of male Banded Demoiselle. 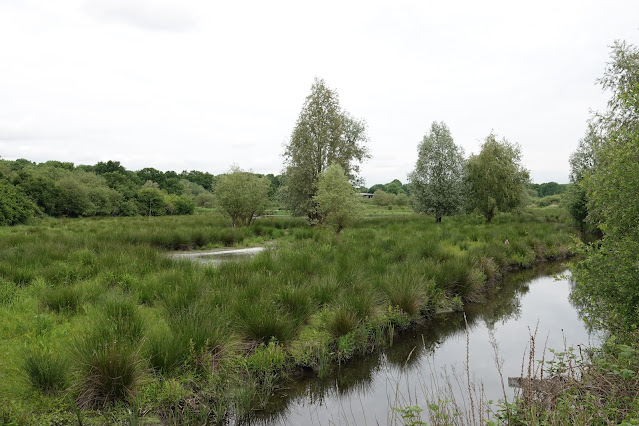 The farmland was fairly bird free although the Skylarks were up singing and the field margin was superb (pretty sure that a job well done by Rory) with a great mix of legumes and plaintain.  I found a few bits of pretty pink Sainfoin but then discovered a whole field that seem to be just that! 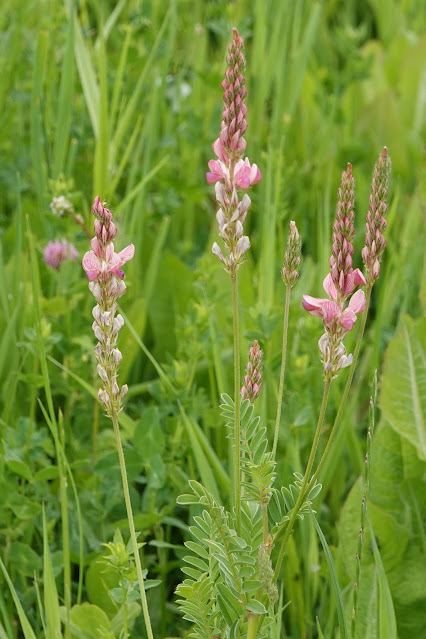 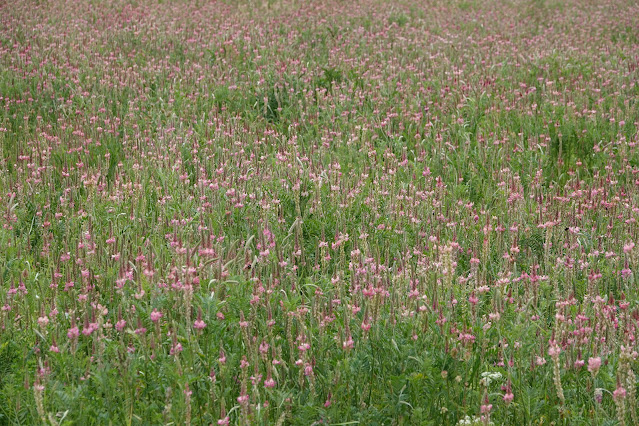 There were plenty of Oxeye Daisies now in bloom and amongst them were Birds Foot Trefoil, Smooth Tare and the best pea of all - the Grass Vetchling.

I showed the group a variety of Umbellifers with the banks of sweet Cow Parsley, purple spotted and strangely warm smelling Hemlock and the best of the lot the rich pigsty hum of a fresh Hogweed flower head!  The Buttercups were especially popular with the Hoverflies and both white and blue Comfreys were attracting Bumblebees. 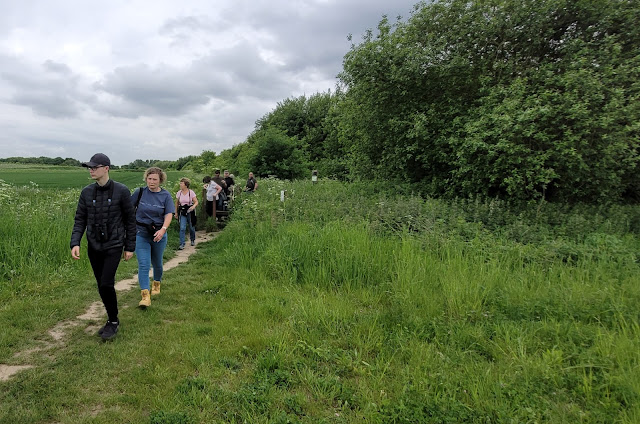 The same suite of Warblers from my walk up followed us around along with a singing male and bubbling female Cuckoo and Ring-necked Parakeets were staking out most of the big old Willows that undoubtedly gave them the best hole choices.

A Kestrel flew over but we did not see a Buzzard at all while Jeanne nonchalantly pointed out a Red Kite drifting purposefully west. 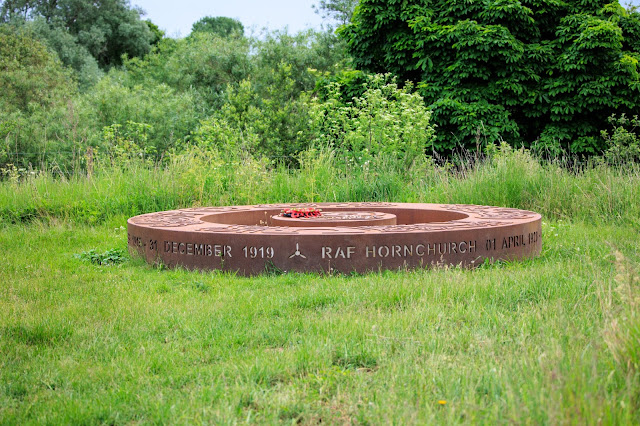 With rain in the air we wiggled the last river section back to the start where the heavens waited until we were in our cars before releasing its cargo.