A day out West was the plan with the hope that a few more migrants may have drifted in despite the glorious conditions. The first stop was just beyond Agra where the Sunrise crew had seen some Rock Sparrows earlier in the week and a very productive session was had scanning the rocky slopes. A couple of the Sparrows were playing hide and seek which was frustrating but both Cinereous and Cretzschmar's Buntings posed, Eastern Black-eared Wheatears flashed as they displayed high above in the blue and Rock Nuthatches scampered over boulders, never sitting still. There were even two pairs of Sombre Tits poking around and reminding my guests of Chickadees, and Blue Rock Thrushes sang and circled from the highest pinnacles. With Golden Orioles, Cirl Buntings and Nightingales in the oaks below it was all in all a very pleasant place to be.

After an emergency Koulouri stop in Eresos we hit the track. Both Buntings performed well again on the drive down with additional wire singing Black-headeds now in the mix and there were still Tree Pipits, Whinchats and Spotted Flycatchers to see as we dropped down after the Wheatear Plateau.


I tried to make a perched Long-legged Buzzard into a Chukar while another soared overhead with a Common Kestrel and several Short-toed Eagles. A pair of Rock Sparrows were heard around the small bluff behind the farm almost at the bottom and gave some of the best views I have had including the glowing yellow throat patch.

A good search of the three Pear Trees of Happiness (aka the Magic Trees) gave the group their first Willow Warbler as well as another superb male Collared Flycatcher, female Pied and several Spotteds. Orphean Warblers crashed around at ground level and Stonechat broods dotted the landscape with the usual startling variation in adult male plumage. Bee-eaters moved up Meladia towards Ipsilou and down near the river mouth Swallows were congregating on the wires. We bumped on past a male Red-backed Shrike and the same glaring Little Owl and then got news just above the Cheese Sanatorium that a female Common Rock Thrush was showing at the Petrified Forest and so by consensus we headed off that way passing several Lesser Kestrels and lithe dark Eleonora's Falcon.

Up at the Forest turbines we had just missed the Rock Thrush by about five minutes and an hour later it had not reappeared but being Lesvos there is always something to watch with the usual Buntings, Crested Larks, Rock Nuthatches and Wheatears with close views of the distinctive 'libanotica' race of Northern.

We headed back down to Faneromeni for lunch al fresco on the beach with lines of distant Yelkouan Shearwaters and a single Scopoli's heading south, incoming flocks of Bee-eaters and Swallows and at least two each of Lesser Kestrel and female Red-footed Falcons making their way north while we ate.

The groves felt quiet so we retraced our way back up for another failed attempt at the Rock Thrush before spiralling our way up to the top of a very calm Ipsilou. The woods were quiet but male and female Cuckoos were heard and Wood Nuthatch and Wood Warbler sang while Barn and Red-rumped Swallows flew in and out of the Monastery buildings. Ravens kronked around us as we came back down and after checking the wires near Gavathas for invisible Rollers it was time for the road back over the top which thankfully coincided with all the construction workers finishing for the day. Eastern Bonelli's Warblers trilled and Nightingales were in full voice as we made our way back.

A quick ice cream and then off to the Tsiknias river mouth where a full summer plumaged White-winged Black Tern put on a spectacular performance for us with his Common Tern buddies. It was good to get a marsh tern at last but we then went one better and timed our arrival at the KSP to find eight Whiskered Terns on Avocet Island. They soon took off and began hawking the next pan over with another White-winged Black for company! 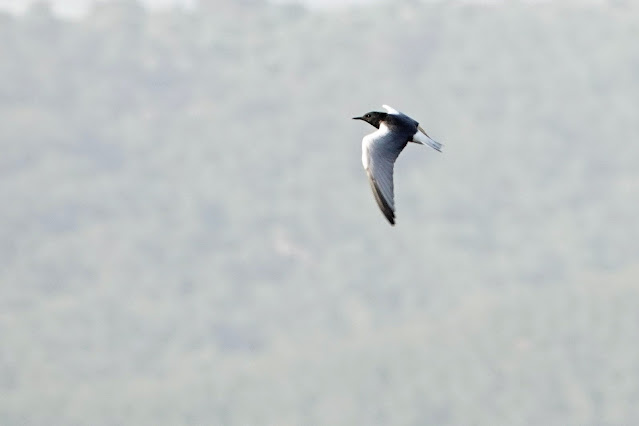 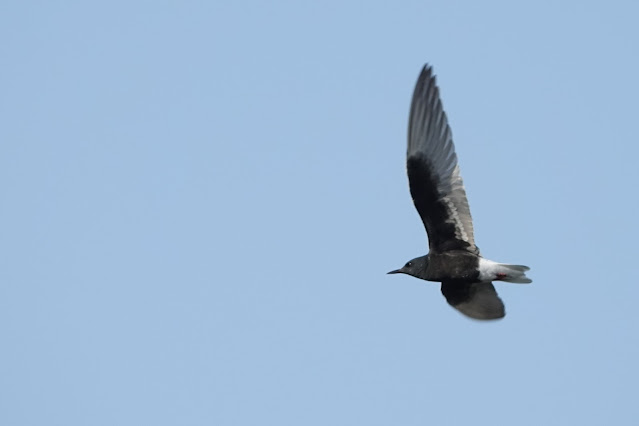 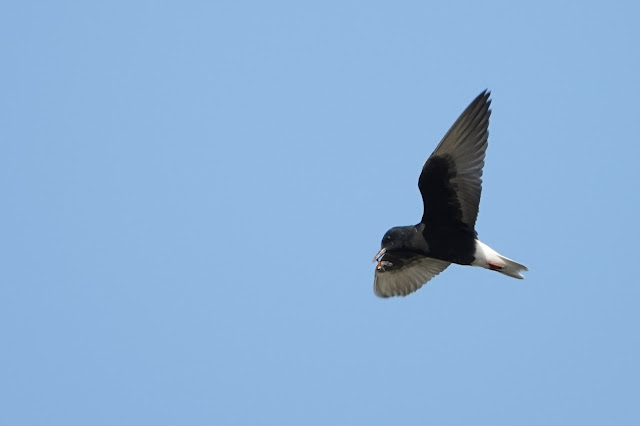 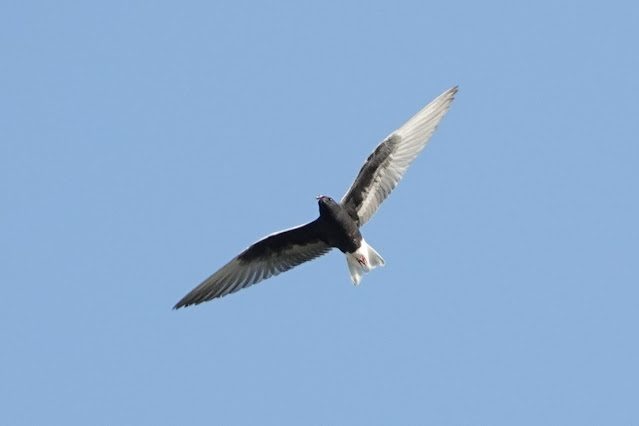 The Great Reed Warblers were giving it large - volume up!

The plan had been to check the beach for Whimbrel again and we got there eventually and Clive swiftly found four flying away. Two returned and showed distantly on the beach with six Grey Plovers. The Ringed Plover flock was still on the fields and calling Red-throated Pipits were heard before we called it a night and headed back for dinner with marsh tern smiles. 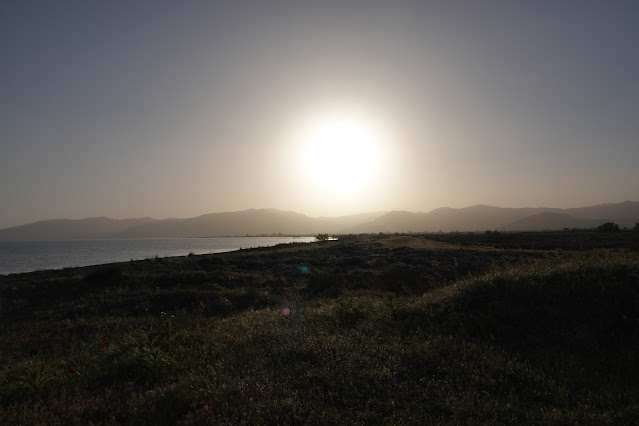