A quick post-breakfast pop down the road to have a look at Holborough Marshes where I saw the Early Marsh Orchids last year.  I was almost too late before but too early this time with nothing but a hybrid leaf rosette with Common Spotted – or so I was told by the only other person I saw all morning! 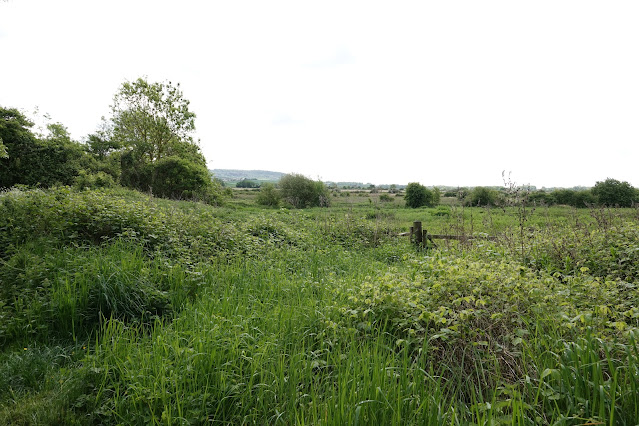 It was not a wasted excursion by any means and started with a fine fluffy Fox that appeared in front of me twice in as many minutes. I actually assumed they were different animals but seemingly not. 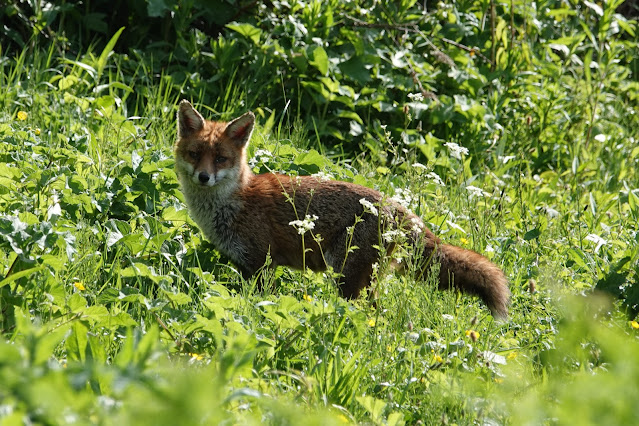 I followed the crystal clear stream down towards the Medway to the spot where we stood for that pesky Nighthawk two autumns ago. The vegetation was verdant and warming in the mid-morning sunshine and was full of life with plenty of hunting Azure Damseflies and the odd scarlet and green Large Red.  I was surprised to not see anything larger.

Brimstones, Small and Green-veined Whites, Peacocks and a couple of immaculate Red Admirals scooted around and Speckled Woods danced in the shadows. There were a few flies including a bristly Tachinid but it was too far for a photo but there were a few Epistrophe eligans hovering below the Sallow overhangs.

Scorpion-flies patrolled the Nettles and I found a single Araniella spider curled under a leaf along with a 14-Spot and 7-spot Ladybird and loads of tiny Dark Bush Cricketlets.

A Cuckoo was giving it large but stayed just out of view and I was very surprised not to encounter any Nightingales given the proximity of New Hythe but there were plenty of songsters to compensate with Blackcaps, Whitethroats, Song Thrushes, Reed and Cetti’s Warblers and Reed Buntings but the star voice went to the Garden Warbler, three of which were merrily bubbling away deep in cover. 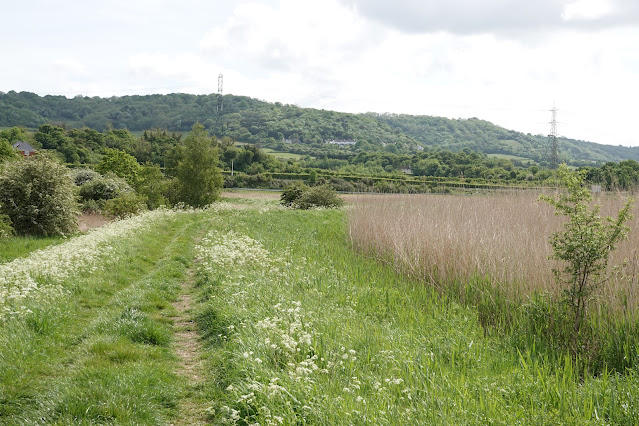 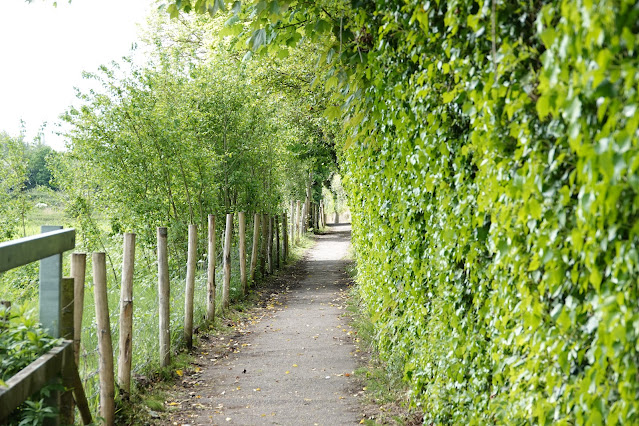 It was high tide down on the river and there was a little breeze picking up so I dropped back into the scrub and immediately heard a male Turtle Dove purring from just a few yards away. The habitat is perfect but I suppose I just assume nowadays that there simply won't be any so this one was a joy to hear.  He even came out and did a little display circle before disappearing into the back of an Oak.  In all those 2000 miles I walked in 2020 in and around the Medway I never got a sniff of this enigmatic species but Holborough was literally a quarter of a mile beyond the furthest point I even walked south from home – Peters Village bridge so perhaps they were here all along.

I retraced my steps alongside the stream and ventured into the next meadow where a bank of Creeping Buttercups distracted me for the next 40 minutes and some quality Hoverating ensued.

Platycheirus rosarum – a new species for me

Cheilosia sp – a smaller species without the yellowy wing bases


There were plenty of other inverts too with a few more flies, several Nomada flava and Nomada goodeniana, a large Andrena, Bombus pascuorum and several nice spiders with richly coloured Pisaura mirabilis, several unidentified Tetragnatha, a very stripy Wolf and a tiny Misumena vatia.

Darkening clouds were now doing their best to obliterate the blue so I headed for home.