An early rise for a change and down to the Eastern KSP to watch the sun come up. It was a little cool when we got out but were immediately greeted by a Black Stork, Squacco and Marsh Sandpiper which warmed things up a little.

The pans were actually very quiet with just a few visible waders and I did find three Grey Plover, two Curlews, eight Curlew Sandpipers and a few tucked away Ruff and Little Stints. One immature Dalmatian Pelican was cruising up and down the channel in best iceberg fashion while Little and Common Terns dived around it in a feeding frenzy. As usual the light on the Flamingos was magical as the sun finally came up and three Sandwich Terns found themselves on the list before we started to walk back to the van. A male Red-footed Falcon drifted low and north and Zitting Cisticolas ping around the sedges where Black-headed Wagtails sang and Eastern Olies ground away in the Tamarisks. 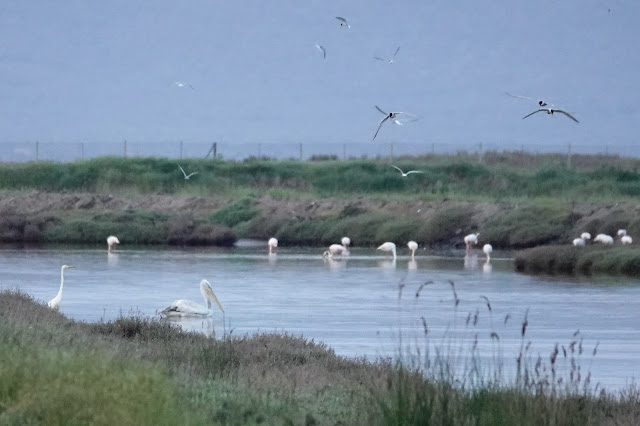 Back for breakfast and then a bump through Lotzaria which gave us Purple Heron, three hawking Collared Pratincoles, male Red-footed Falcon, Gull-billed Tern, and no Lesser Grey Shrike before turning east back to Mesa and Kalami. There was no sign of the Spur-winged Plover this time but the six Black-tailed Godwits were still present along with some obliging Stilts and mechanical flying Little Ringed Plovers as the males circled the pools. Crested and Short-toed Larks sang high above and you can especially see the long tertials of the latter when viewed from beneath. Kalami was drying fast and almost the only bird was the gleaming green Northern Lapwing and I do not think the Steppe Buzzard had been seen for a couple of days. 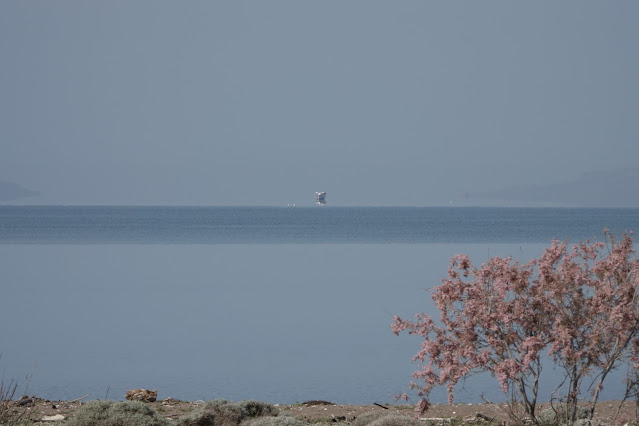 On around to Achladeri where we found two pair of Kruper's Nuthatches quite easily. The higher pair were not seen excavating but were very active and vocal in the area just beyond the little stream which I checked for Odalisque but with no joy although there were some cool little Water Crickets.

Long-tailed Tits bimbled around after their parents and Serins, Masked Shrikes, Cirl Buntings and Short-toed Treecreepers were all seen well again in the same area. Middle Spotted Woodpeckers were very vocal but we did not see one and a distant singing Cuckoo was a welcome addition.

Rock turning on the way back down failed to produce any Termites but I did find the wonderful patch of Violet Limodore orchids pushing through the pine needles and we grazed on the tips of young Wild Asparagus. 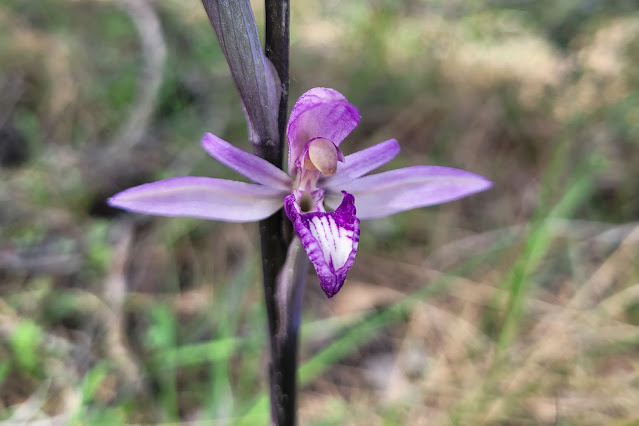 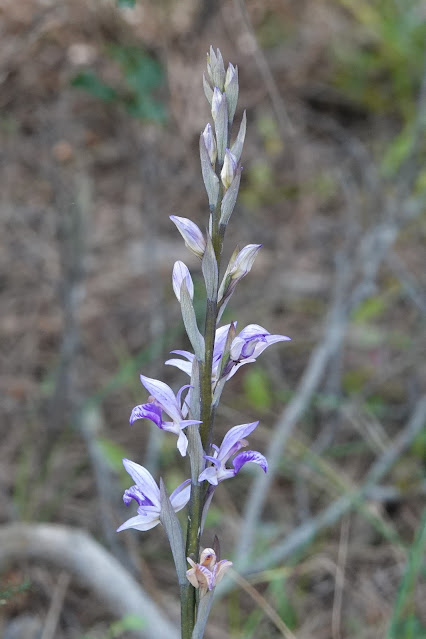 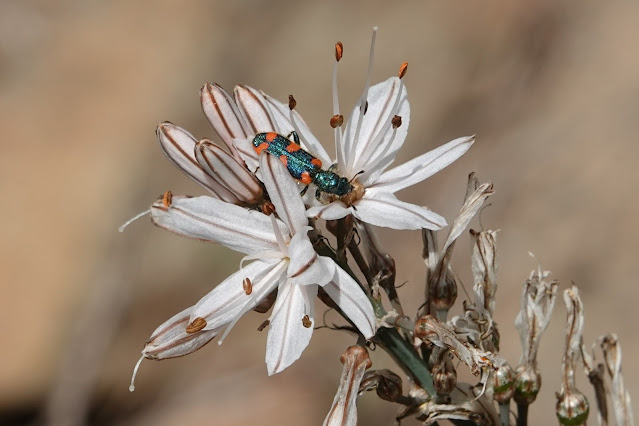 After a quick photo stop at the poppy fields (not quite there yet...) I stayed on the main road and then pulled up at Mikri Limni ostensibly to look for Mistle Thrush around the huge marshy clearing. Almost immediately a large raptor came through quite low with a very agitated Raven on its tail. Alarm bells were ringing and I frantically got the team to pay attention as we worked out that not only had we found a Bonelli's Eagle but seemingly the same 2yr bird that the Sunrise Birding crew had at Meladia two days ago. It circled over the treeline before drifting southish. While watching this my traditional one and only Wood Pigeon of the trip flew through our binoculars! What a great few minutes. This spot is also known for its Kruper's Nuthatches and a pair came in to say hello and tooted away in the pines above the van.

Lunch was taken at the woodland picnic site not far down the road with a friendly dog for company before a much needed coffee at the Kiri Rinis cafe on the old road loop to Agh. Dimitrios. I actually turned off here as it used to be my Grey Wagtail spot and amazingly a pair were found on the first piece of tumbling stream we came to and the male even sat up and sang in a Plane tree. A second male sang down river and House Martins, Red-rumped and Barn Swallows were around the village. It was all very tranquil.

On up to Agiasos and my first walk up into the Chestnut Forest for some years but it was worth the effort for the change in habitat, views across the town, swirling vortices of Common Swifts and a few woodland birds with Robin and Wren both seen and heard and a backing track of Blackbird and Chaffinch. 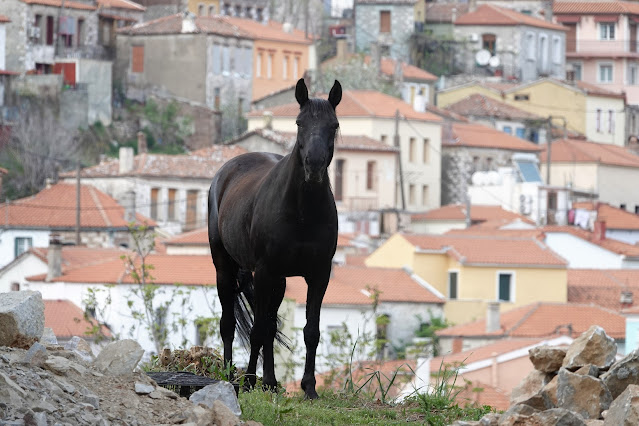 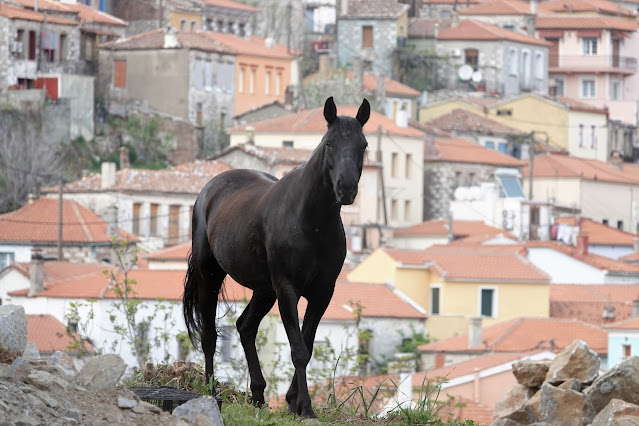 Cloud bubbling up at just the right time allowed us to pick up three circling Honey Buzzards and down at eye level there were many butterflies with Cleopatra, Orange Tips, Eastern Festoons and Green Hairstreaks along with late flowering Anemones, Henbit Nettles and a Fritillary.

The loop was continued through to the Mytilini road and then back to the KSP area. We started at the Tsiknias Lower Ford where Black-headed Buntings now sang from the thistles and the female Citrine Wagtail was still fossicking around although she looked much greyer and cleaner than yesterday. Perhaps it was the improved light. A single Temminck's Stint crept along an island and the Great Reed Warblers were performing incredibly well. Black Stork and Purple Heron dropped in and a Hoopoe and Bee-eaters were seen before we bumped through Lotzaria.


I headed directly for the Alykes Sheepfields with the hope of some waders in good light. Almost immediately a winter plumage Sanderling came up in front and flew along the shore towards town - a species I have only seen here once before. Amazingly it was followed up by another ‘second’ with stripy headed Whimbrel walking along the tideline with a Curlew and sum plum Turnstone for company! A walk out onto the fields gave good views at last of Tawny Pipits along with Short-toed Larks and Red-throated Pipits and 13 Ringed and 21 Kentish Plovers were out on the dry pools with a grumpy Stone-Curlew watching proceedings. 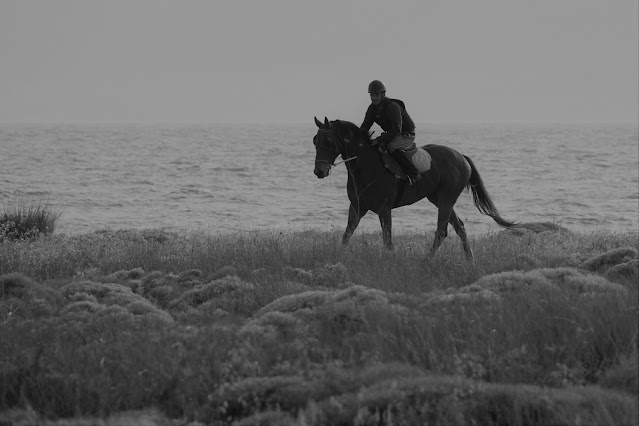 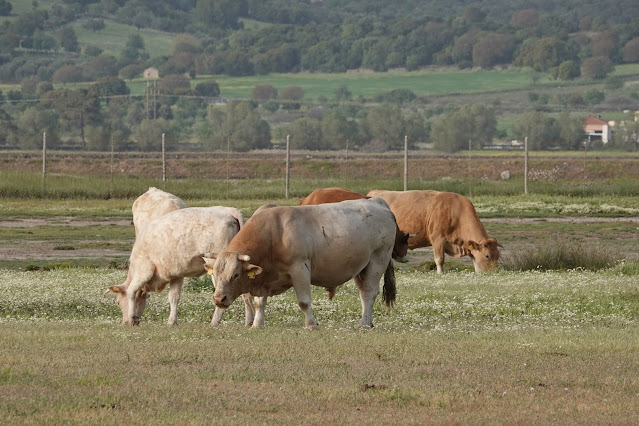 The drive back gave us beautiful last-light images of the illuminated Flamingos and Stilts and a patiently fishing Great White Egret in the channel with the usual sheep bell, Olivaceous Warbler and Corn Bunting soundscape behind. 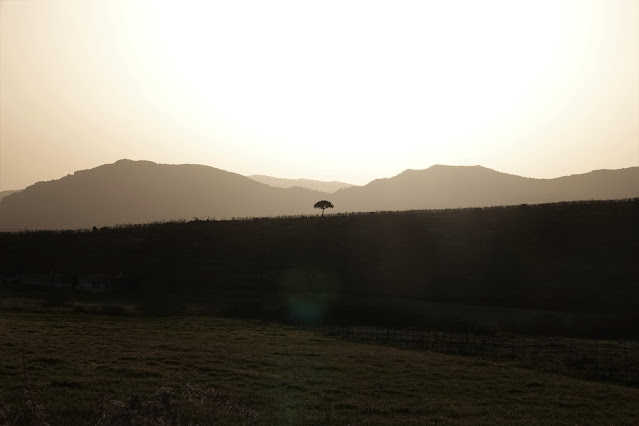