It was a little hot out here and certainly quieter ornithologically speaking than previous visits but there are always other distractions if you take the time to look. A Giant Asian Mantis joined me for breakfast and I found some Common Swallowtail caterpillars on Fennel in the supermarket car park whilst popping out to get some supplies. 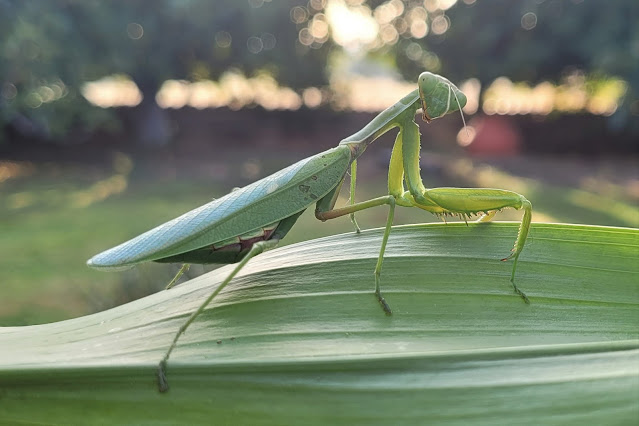 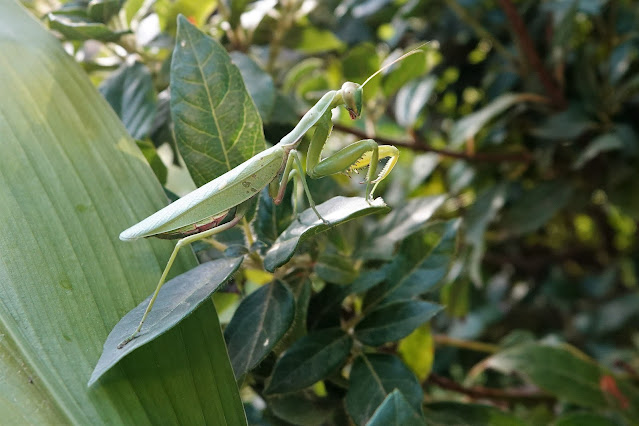 While the rest of the family relaxed I took myself out on a 3.5mile circuit on foot to the Tsiknias and back through Papiana which produced Red-veined and Southern Darters and Violet Dropwings adopting the obelisk position on top of dead stems, Common, Long-tailed and Lang's Short-tailed Blues, Small Coppers and Millet and Mallow Skippers were attracted to the Brambles.

There were countless Honey Bees, Wasps, Oriental Hornets, Hoverflies, an Anthidium species of Bee and a striking Tachinid with a Conopid like body. Red and Black Shieldbugs were on the Fennel and the Firebug that likes the Stranglewort was seen too. 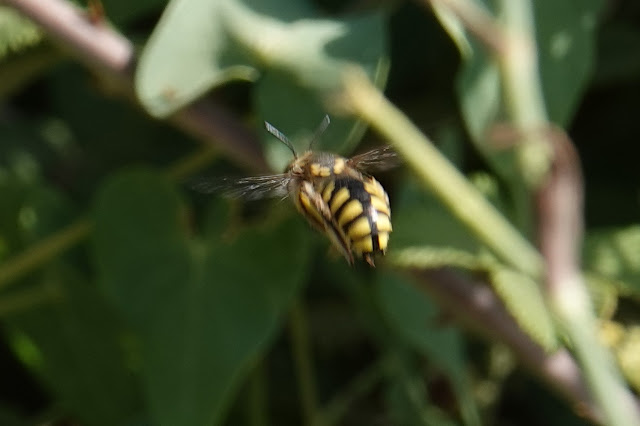 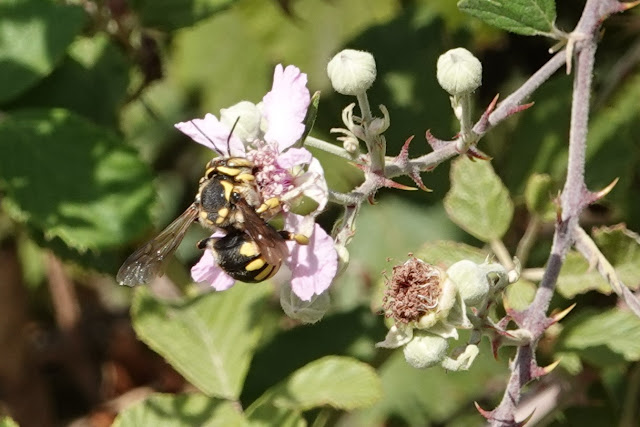 I even found several new plant species that I have not seen on the island. 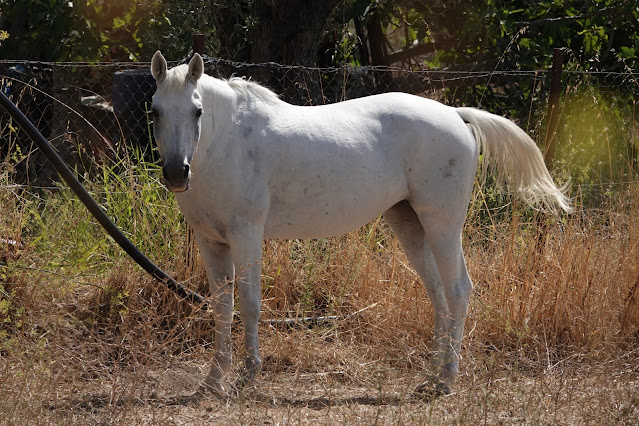 A late-afternoon walk down to the beach for a shoreline paddle was timed perfectly to intercept three hulking Dalmatian Pelicans power gliding east back to the pans. The Junior Birds (sorry Tom and Harry) had seen a huge Seahorse in the Eelgrass close inshore so I thought it worth a look but there were no Horses but only some poorly Sea Hares that were being rolled unceremoniously up and down the beach. 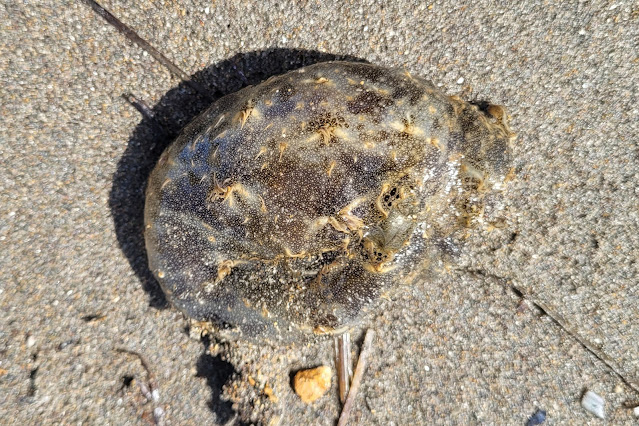 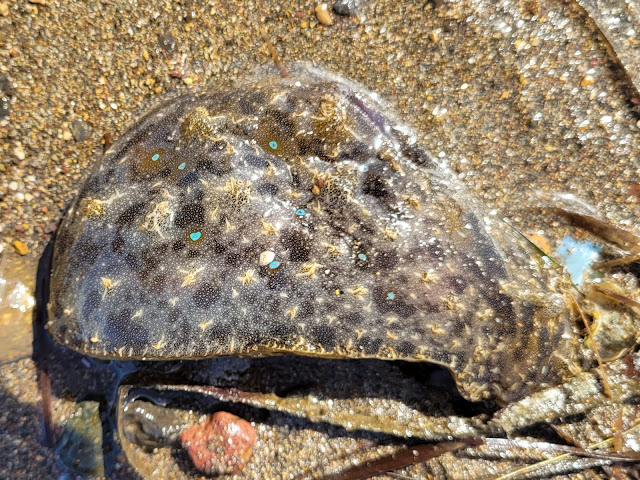 I helped them to deeper water and then returned with Dad and a bottlequariam to pop one in for a look. Close up they had intricately patterned skin and vivid blue spots and although I did not see them at their best it was still a completely new family of animals for me. One even opened up a slot in one side and exuded vibrant purple ink to dissuade me of my rescue attempts! 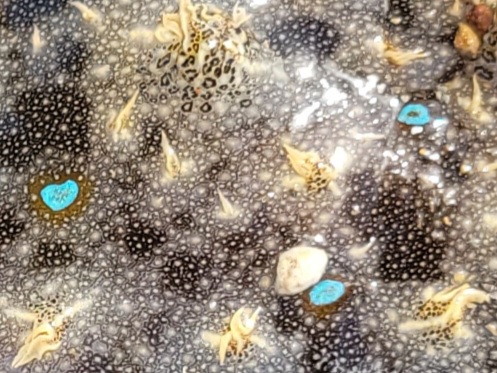 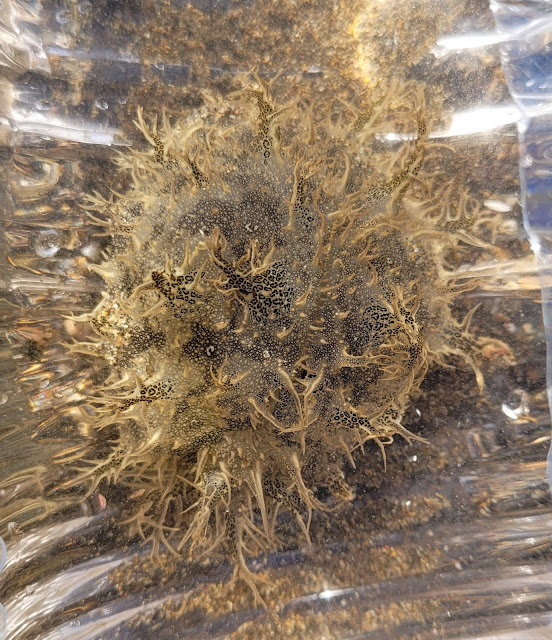 A short Loutzaria and Pans circuit pre-dinner proved very quiet but beautiful although it was still very warm. There was a Curlew Sandpiper, Dunlin and some Little Stints on the Pumping Station pan and Gina and crew had found a speedy Spur Thighed Tortoise in the verge before a final bump back through the middle where the male Red-backed Shrike was still in its favoured field. 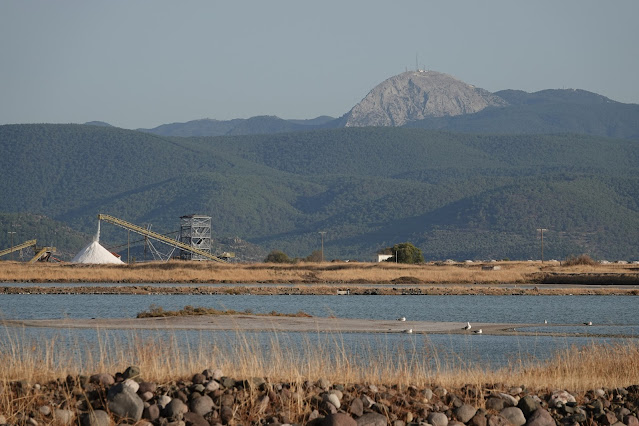