Pre-dawn began with the local Peacock, Dog and Stone-curlew chorus before driving to the Eastern Salt Pan track and walking down with the first Crested Larks bringing in the day with a background of waders out on the pools.

It was still and calm and as hoped the light was superb. The setting full moon was still huge and Jupiter and its moons had shifted position in the ensuing eight hours from last night. 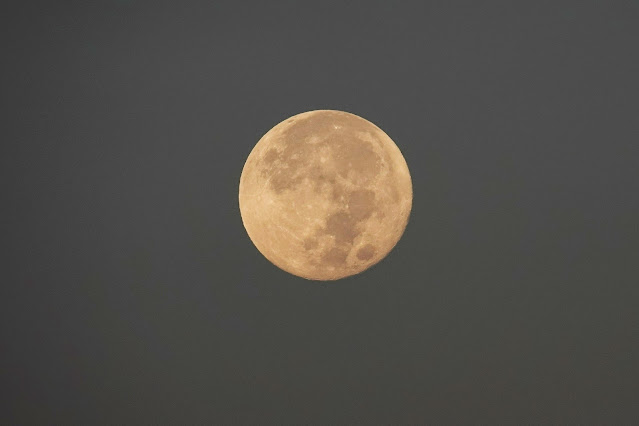 It was a successful wader session with a frenzied aggregation of Redshanks with a few Greenshanks and six delicate Marsh Sandpipers amongst them. Two Dunlin, Curlew Sandpiper and eight Little Stint were on the edges and Ringed, Little Ringed, Kentish and four dapper Grey Plovers represented that tribe while seven Curlews were also found along with the first Avocets of the trip.

Nine Dalmatian Pelicans were congregating around their usual island where they dwarfed the Cormorants, 'mingos and 21 scything Spoonbills. Great White Egrets and six Black Storks were concentrating their efforts around a distant sluice and a raucous flock of 55 Sandwich Terns headed towards the Bay in a fast tight flock.

A glance up produced a small dark falcon overhead and I was pleased to see it was a female Merlin - I have not seen an autumn one here before. Two Teal, five Mallard and four Ruddy Shelduck were the only ducky things while an adult Little Gull was picking flies from the surface with Black-heads and Slender-bills.

Wagtails and Corn Buntings left their roost sites and five Zitting Cisticolas moved around the rushes making the strange little calls that sound nothing like the familiar song. A Kingfisher zipped down the channel too as we ambled back and Tawny Pipits chupped in the fields. It was all rather pleasant but breakfast beckoned.

The temperature soon soared and the post breakfast Bee-eaters were sky high in the blue. Two Kentish Plovers were on the Ennia Kamares (this is the marsh opposite the Aegean Hotel and north of the main road that we call the Christou which is the name of the river further upstream – I am trying to follow the official ‘birding’ maps) -  but I still could not find the Stone-curlews.

Potamia was roasting and we saw a few Shrikes and Warblers amongst the olives including an Eastern Orphean that nipped across the path. Water was low in Kerami reservoir but still held a flotilla of 32 Little Grebes and 12 Coot while Violet Dropwings hunted from the boundary fence. Like the Coot; Grey Wagtail and Blue Rock Thrush were also new to the trip list.


We bumped around the back of Metochi seeing more Spot Flys, Red-backed Shrikes and several head bobbing Starred Agamas but the lake was still fully wet to the edges and just a Common Sandpiper and Little Egret were seen.  The chances of a Black Stork frenzy before I left looked slim.

Lunch was taken at Octopus in Mithymna where the Oriental Hornets were taking their pound of tentacle flesh as usual and the fish in the harbour as usual require further investigation. 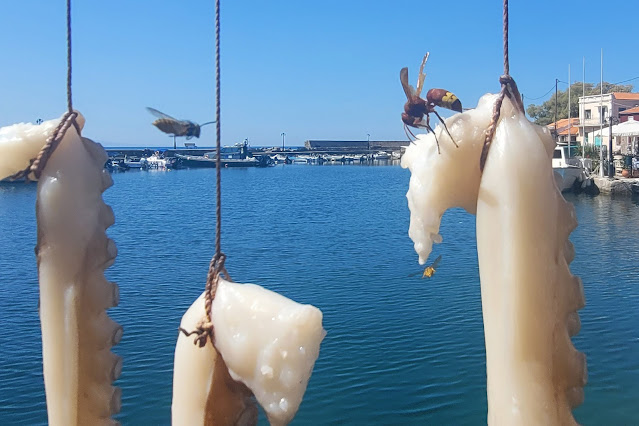 Late afternoon chill time and then out for a very quiet Loutzaria circuit with a showy juvenile Woodchat stealing the plaudits for sitting still long enough for some pics. 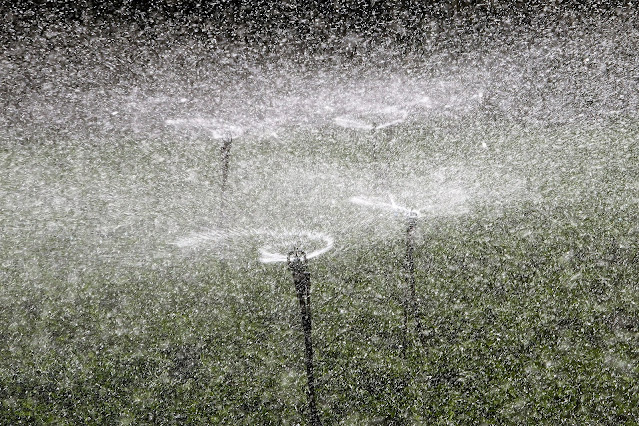 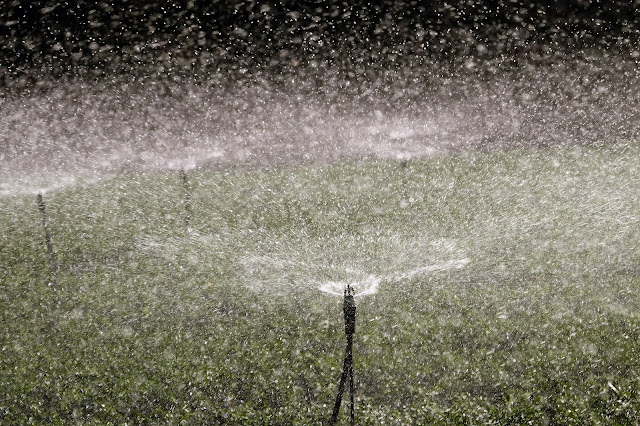 Little Ringed Plovers were in the saltpan channel and Curlew and Common Sandpiper were on the first lagoon. A fine adult male Red Backed Shrike perched up on a single tall grass stem and gleamed in the Golden Hour and a high speed Spur-thighed Tortoise zoomed across the parched fields.


We lingered long enough for the sun to set and the sky to glow and drove back with the Bats amassing around us but alas there were no Nightjars although a Little Owl bogged us out from his telegraph wire by the Ford.

As we entered the Ford our luck changed with an immature Night Heron lumbering off to a few yards downstream and then a Nightjar skimmed the roof of the car as it followed the Heron just seconds later!

On a whim I took the track back to Papiana and soon picked up a Nightjar perched like a nocturnal Bee-eater on the phone wires from where it sallied forth after invisible insects. Two more were perched further along the same line and our fifth was hunting to the right. What I would not give to see one in the daytime!

A plump Eastern Hedgehog rounded up a superb evening as it fossicked in the verge.