A stay local lazy day that began checking out the Soumaria eucalyptus copse just in case there was an errant Scops Owl. No joy but the tall Junipers and Oriental Planes were full of birds with House Sparrows in and out of holes and foraging with Chaffinches in the canopy with Blue, Great and even two punky Coal Tits which was a pleasant surprise. 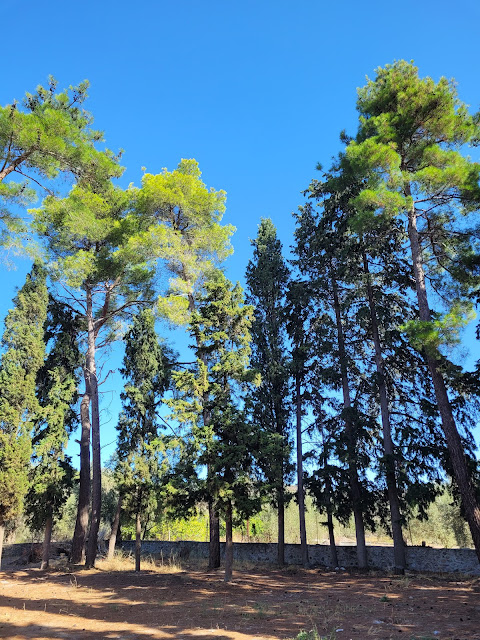 Serins were singing and bill snapping Spot Flys zipped to and fro while two Middle Spotted Woodpeckers and two Persian Squirrels were giving some serious grief to a small cat. Cirl Buntings were feeding on the ground and the Wood Nuthatches were in the huge Plane where they nested in the spring.

From here it was up the hill through Dafia to Agriosikos and I chose to slowly drive the track rather than walk it with a view to seeing where it came out.

Wood Nuthatches were vocal and seen at several spots and once again the calls were noticeably different to our own with a very Crossbill like 'gyp' note. Sombre, Blue, Great and a party of black chested Long-tailed Tits were seen along with a few Warblers and both Pied and Spotted Flycatchers. I lucked out on Hawfinch this time and one of the many Middle Spotted Woodpeckers was even drumming which was a first for the island for me. There were plenty of Black Capped Jays and a Mistle Thrush was new for the trip.

Cardinals (a big orange Fritillary) power glided all around and the Graylings were superb and as usual troubling but I have settled on Eastern Rock for these forest ones. Nettle and Southern Comma were seen and little grey ones around the Oaks felt like Purple Hairstreaks because that is what they were; a new island species for me.

Some of the Oaks (not sure on species yet but long slim acorns) had fabulous galls like Robins Pin Cushion and require further investigation while the first autumnal Cyclamens were in flower. 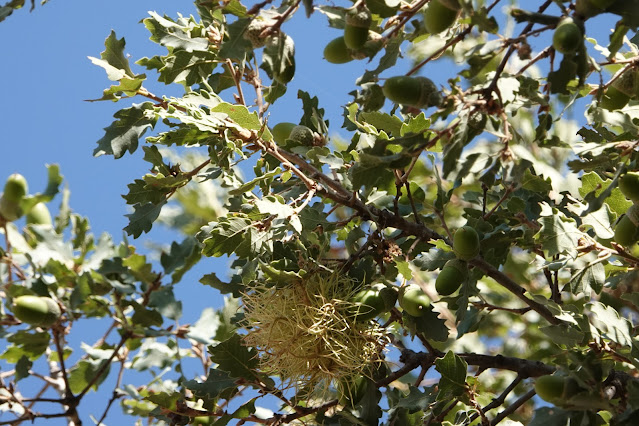 The track I was following was taking me in the right direction off above Limonos and towards Potamia but the very sudden appearance of the newly tarmacked but unopened bypass stymied my attempts as it went straight through my track leaving a 15 foot drop to the road below.

An interesting three plus a few point turn saw us retracing our steps for a shady spot to have some lunch and for me to get more frustrated by Butterflies that refuse to stop and a single circling Honey Buzzard that I picked up by chance in the cloudless sky.

Back down to the bottom and up to Potamia where there were just Little Grebes, Coots and Moorhens on the Tsonia Pond and clouds of Violet Dropwings on every stick with Broad Scarlets and Lesser Emperors. A scan of the hillside behind produced Long-legged, Honey and Common Buzzard, juvenile female Goshawk and a dark Eleonora's that came in low and then powered up to become a dot. 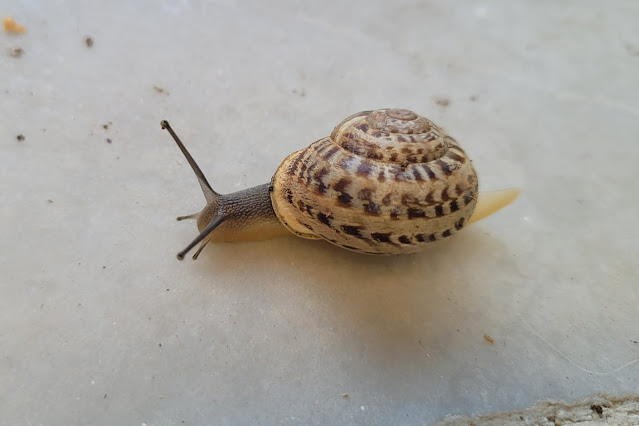 A proper lazy afternoon with a walk around the block with Dad only producing some industrious large black ants collecting grass seeds for their nest while others removed the chaff from the hole and made a neat pile nearby.  A Shrike I papped on the wires would now appear to have been a juvenile Masked.  It was soon time for dinner and a late drive back out to star watch and to put the scope on the smudge of Andromeda while Grey and Night Heron were heard at the Ford and a glowing eyed Nightjar tantalised us in the road before flicking back into the night.

Cicadas in the hotel next door 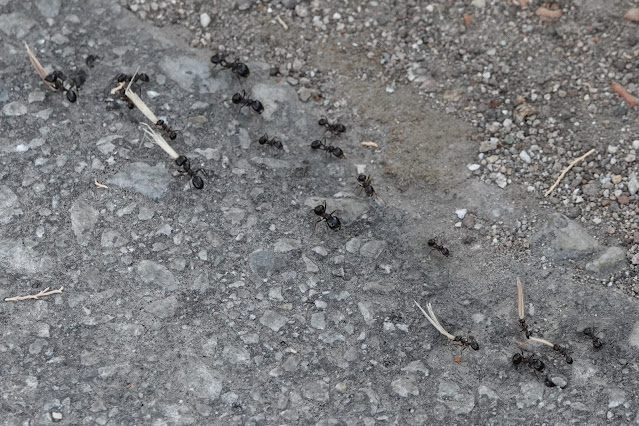