After a post breakfast visit to see Alison in Anaxos we cut through Petra up to an almost birdless Kavaki but as ever the view was spectacular. There was quite literally just the odd Yellow-legged Gull bobbing around and a solitary Shag. A Swallowtail was trying to lay eggs on a still flowering Fennel and there were several Freyer’s Graylings engaged in courtship shenanigans. It was very hot!

On up to the almost fully empty remains of the poorly Perasma Reservoir where a mini raft of 23 Little Grebes, a solitary male Mallard and an island of Cormorants were seen. Two Greenshank and a Wood Sandpiper were the only waders and even the Dragonflies were hiding from the fierce sun although a Vagrant Emperor made several passes.

Lunch in the shade of Mithimna Castle's pines added about 20 distant Yelkouan Shearwaters and a couple of Black-capped Jays before following the high road towards Argennos below Mt Lepetimnos where Ravens spiralled around the masts and Honey Buzzard, Common Buzzard and a good looking Steppe Buzzard were noted.

It was flat calm all the way to Turkey but I could see no Dolphins. Robin and Long-tailed Tits were heard on the onward drive before looping back down to Skala Kallonis. 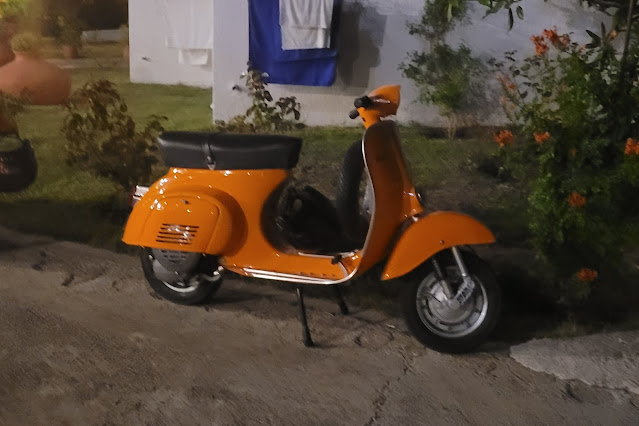 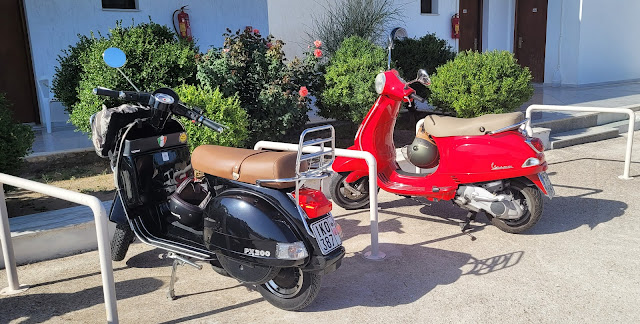 A lazy late afternoon with a first pool dip and then out on to Loutzaria which started amazingly with a fly by Great Snipe on the right before we even reached the Tsiknias (where a Sanderling was flying around). I think it ditched in the Tamarisks closest to town. I have a little video of it in my head but I do not think it would ever get past a record committee!

The Triangle was quieter with fewer Shrikes and Chats but they still showed well and gangs of Hooded Crows were feeding in the fields too. They are a feature of the autumn and several hundred could be seen massing most evenings before dark from all around the village.

A Lesser Grey Shrike flew across the track and a Bournville chocolate juvenile Marsh Harrier was spooking Corn Buntings and Crested Larks.

The Sheepfield view added nothing new but there were two Marsh Sandpipers with Greenshanks and a Little Stint on the pans before we headed back for dinner which itself was capped off by fine views of the rings around the mighty Saturn and four moons and the bands of Jupiter illuminated by a glowing silvery full moon. 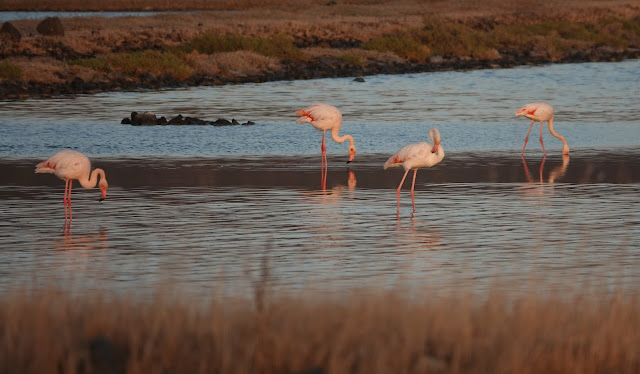